Around this time last year, most likely in celebration of International Women’s Month, Forbes released an article featuring 8 Leadership Lessons From The World’s Most Powerful Women.

Well, it’s that time of the year again, and with the recent forward and upward strides women have been making in industries and areas of discipline around the world, what better way to join in on the celebration of women than by doing a month-long series featuring those 8 great lessons in leadership.

Personally, as a woman in business, and maybe a lot of you who read this can relate; some, most, or all of these lessons may already be part of how you do business and live life in general. But I do believe it equally benefits all of us, those who already apply them and those who have no clue (like we all once were and on occasion still are!), to take a more in depth look of the leadership traits formed from those 8 great lessons in leadership: 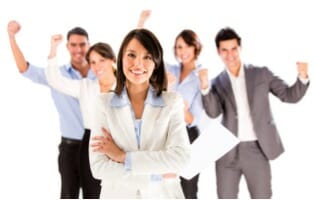 I will be sharing my insights on all eight traits over the coming weeks.

Here are the first 2; Determination and Boldness.

Despite increasing progress toward gender equality, it is still common among women to feel that they need to work twice as hard to get half as much credit and acknowledgement for their work. This can get very tiring and overwhelming to the point we just want to throw in the towel. BUT WE MUSN’T.

Determination is defined in the Merriam-Webster dictionary as “the quality that makes you continue trying to do or achieve something that is difficult.” In another source it says simply that to be determined is to “make a firm decision and being resolved not to change it.” Before starting on your pursuit of success or even if you’ve already started, make the big decision of not giving up no matter what happens before anything happens; be resolved in this. So that no matter what does happen, you have already made the big decision early on and that will be the benchmark of all other decisions along the way, which is NOT GIVING UP.

Remember, races are not necessarily won by the swift, but by the steady.

You’ve probably heard the saying, “Fortune favors the bold.” Well, this is very true. Nobody ever got anywhere or became anything by staying in their comfort zones. There is plenty to be afraid of, and some of it may even be valid, but if you let your fears dictate your path and future, then you’ll be a victim of your own fears, never moving forward.

“The journey of a thousand miles begins with a single step.” You have to step out of your comfort zone and step onto the path you want to take. Also, boldness and bravery isn’t just for that first step, you should carry these traits with you every step of the way and muster them in every adversity you face– and you will face many.

Boldness and bravery are the stuff of victors. So do you want to be a victor or a victim?

Determination is fuelled by Ideation and Imagination, and Boldness and Bravery should be balanced out by knowing how to take calculated risks.

Please subscribe to my newsletter so you can be one of the first to read the next piece in this series.