So You Think You Know What Discrimination Looks Like

So You Think You Know What Discrimination Looks Like 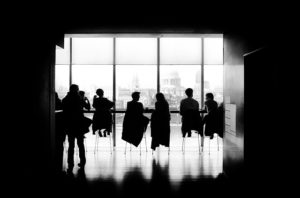 I read an interesting article this week, written by Laura Roeder, about an experience she had that opened her eyes to discrimination. Laura is the founder of the Edgar app, and she was interviewing candidates for a job vacancy at her company.

If there were no women on the panel, they might not have picked up on his attitude until it was too late and he was already employed by the company.

Laura said, “Worse still if your company lacks women, or people of color, or other groups who are historically targets for discrimination, it might mean you already have people like this on your team — even making hiring decisions. People who might not say out loud that they prefer not to work with a certain person — maybe even people who don’t consciously recognize their own biases at all, nor the way those biases influence their behavior.”

This made me stop and think about the way so many workplaces operate, and the unseen and probably unconscious biases that our team members and management may hold.

Laura went on to suggest that her article be taken as “an invitation to examine your own team — to ask yourself whether you’re part of a system that encourages diversity, or one that perpetuates a cycle of sameness.”

As leaders, and developers of future leaders, this is something we should be aware of, especially in ourselves. Are we more biased than we realise, and if so, what can we do about it?

The answer lies in the awareness of the way we think and react.

Daniel Kahneman, author of Thinking Fast and Slow, says we have two key methods for processing information. System 1 is fast, emotional and intuitive; the kind of thinking we do instantly each day. System 2 is the more conscious thought, using logic and reasoning.

As humans we naturally respond to people and situations with System 1 thinking but as leaders, we must make the conscious decision to also apply System 2. For example, you know sometimes you have a bad feeling about a person or a situation? That’s your emotional response kicking in and it’s drawing on all sorts of memories of similar people or events. That’s why you can’t rely on it. There is too much history interfering with your judgement. When you call on your logic to analyse your response, it will tell you if you are letting your emotions get in the way, and point out the flaws in your thinking.

Will you try this with your team? The Athena Leadership Academy can help you make changes like this, to help bring out the full potential of your leaders. If you would like to know more about the Academy, please contact us for a free consultation.

Setting Yourself up for Success