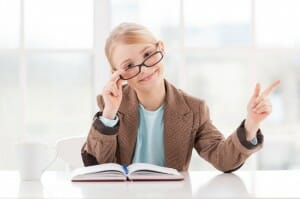 In April of this year, Sheryl Sandberg, the well-known COO of Facebook and author of Lean In, launched the Ban Bossy campaign. According to Sandberg, words have an incredible power to shape the narrative of a culture, and have a direct impact on an individual’s ambition and drive. Sandberg believes that the term “bossy” should literally be banned from our collective vocabulary because of the negative connotation associated with the word. According to Sandberg, when young girls are called bossy, it stereotypes them as “aggressive and unlikeable,” and this negative stereotype follows young girls into adulthood and beyond. The fear of being labelled bossy ultimately becomes one of the primary reasons why women do not seek out leadership roles.

Several prominent women have joined Sandberg’s Ban Bossy campaign, including world famous entertainer, Beyoncé, former U.S. Secretary of State Condoleezza Rice, actress Jennifer Garner and Anna Maria Chavez CEO of Girl Scouts of the U.S.A. The movement has seen support from various feminist groups and professional women all over the world, as well as corporate sponsors such as Google and Lifetime. In addition to support, there has also been a growing backlash against the campaign, with some accusing the drive of “censorship,” and being “misguided.” With such a diverse range of opinions on the subject, it can be difficult to judge which side is correct.

When Sandberg first announced her campaign, ABC News released a special investigative report that took an inside look into how young girls feel about being called bossy. At least in this interview, it was readily apparent that these young girls felt bad about being called “bossy,” with one young girl actually stating that when someone called you bossy, you should apologise. Whether this negative connotation carries over into adulthood is still open for debate.

One thing that is not up for debate is the sad fact that while women make up roughly half of the world population, they occupy less than 5% of the leadership positions in business and government. There are many reasons why so few women are found in leadership roles, but as our culture changes to accept a wider range of diversity, is encouraging more women to seek leadership roles really as simple as banning one word?

As part of the Ban Bossy movement, Sandberg states that we need to encourage our young girls to assert themselves and call it “leadership potential” or budding “executive skills” rather than calling our girls “bossy”. By banning this word and using substitutes with more positive connotations, Sandberg believes our young girls will no longer grow up to become women who have been conditioned to feel as though they are being stubborn, bad, or unlikeable for wanting to try to lead.

Overall, I do agree that as individuals, we should each seek to frame our own strengths in the best light, and encourage others in terms that have positive connotations. In that sense, I think it’s wise that we, as a society, seek to use terms that tell our young girls and women, it is okay to assert yourself and it is okay to lead.

However, I also believe it’s a bit simplistic to lay the blame for so few women making it to the C-suite on a single word, despite the negative connotations surrounding that word. Rather than banning the word bossy, a better strategy might be to focus less on terminology and focus more on building the self-esteem of girls and women so that it doesn’t matter what term someone might use to describe them. After all words, and the person who speaks the words, only have the power that we give to them.

Perhaps we should be sitting down with young girls and women and telling them that it really is okay to want to lead. That it is okay to have goals, a plan, to be determined, to take charge, to lead, whether or not someone calls them bossy or any other word.

If we want to empower more young girls to grow up into the women that will take the lead in business and government, we first need to tell our young girls and women to keep their power rather than ceding it to others. Instead of fearing a mere word or feeling bad about being called a specific word, we need to give our girls and women the confidence to define for themselves who they are, and what words have meaning for them.

Do you sometimes feel as though fears of being labelled “too bossy,” “too stubborn,” or “too aggressive” are holding you back from pursuing the next level of leadership? Why not contact us today and let us show you how to reclaim your power and get back on track to cracking the glass ceiling?

3 Ways Your Business can Shine Amongst the Competition

What are You Going to Achieve in the Last Quarter of 2014?