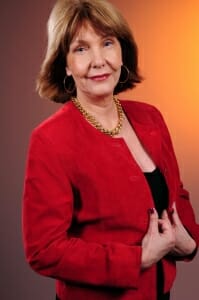 If you are a female leader, how much does gender play a role in the way you lead and the way you expect to be treated as a leader?

Does gender matter when it comes to leadership?

Let’s reconsider the traditional stereotypes discussed in last week’s post and take a look at gender roles in leadership.

Words commonly used to describe femininity include soft; passive, weak and dependent.  The words aggressive, strong, and tough skinned and competitive are often used to describe masculinity in a stereotypical way.

Assessing these descriptions in isolation, it would appear that men would be natural leaders and women unsuccessful in such a role, but we know this to be incorrect.

It’s impossible to pigeon hole or categorise men and women based purely on gender, whether that be in a professional or personal environment. All men would have some so called female traits and vice versa when it comes to women. The truth is that we are far more alike than we are different.

Presenting leadership as a list of carefully defined qualities (like strategic, analytical, and performance-oriented) no longer holds. Instead, true leadership stems from individuality that is honestly and sometimes imperfectly expressed…. Leaders should strive for authenticity over perfection.

Where do the differences come from?

Nina Bahudar posed an interesting question in her Huffington Post article suggesting the differences are not biological but in fact cultural.

Aggression is seen as a masculine trait, and boys exhibiting aggressive tendencies are ‘just boys’ and their energy is channelled into sports or other active pastimes.  Aggression in girls however, is labeled as ‘bitchy’ and seen as a particularly unattractive characteristic, even if the energy is used on the sporting field.

Consider what you were taught about the male and female leader roles as you were growing up and the influence it may have had on the way you operate.

How do you see yourself as leader?

Do you see yourself as a leader or as a female leader?

As Sheryl Sandberg says, leaders should strive for authenticity over perfection, and that means being yourself.  It’s OK to be both female and a leader. No longer do we need to justify either of those conditions.  Instead, we can celebrate them.

As women we are generally effective communicators, and better at expressing their thoughts and opinions verbally than our male counterparts.

We are very empathetic and empathy is a stand out skill in effective leadership. Empathy is a useful tool when it comes to assessing team performance and how members are feeling, whether that is enthusiastic and motivated or stressed and over worked.

We have amazing qualities that allow us to be amazing leaders.

Back to the question as to whether you are a leader or a female leader.  Considering the numerous qualities of women that are in fact advantageous to leadership roles, then being identified as a ‘female leader’ and not a leader alone, could in fact be a compliment.

It is time to act authentically – be ourselves, and be fantastic female leaders with all the strengths and weaknesses that make us truly valuable.

Do you see yourself as a leader or as a female leader and what impact does your choice have on the way you lead and the way you expect to be treated?  I’d love to hear about your experiences

Don’t wait for the tap on the shoulder