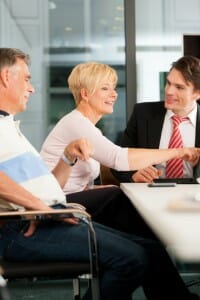 On more than one occasion I’ve heard words along the lines of “women have to behave like men in order to succeed”; I paraphrase, as there are many variations on that particular theme.  Whether it’s “to get the top job” or “to make more money” or “get that promotion” is irrelevant, the general gist – and the message – is the same.

Women who do make it to positions of power (whether the CEO, the Managing Director or the Chairperson) are often considered tough, aggressive, ‘manly’ and/or money and power hungry.

As much as we like to think it no longer exists, sexism is still rife in the workplace.  Not the bottom pinching, lewd-comment making kind of sexism, but the kind that often means women have to ‘be one of the boys’ to get anywhere within the company.

All around us we receive messages about what women are ‘supposed’ to be like.  We are innately nurturing, caring and compassionate.

This, apparently, does not fit well within a man’s world.  Why is it that some men, and even some women, don’t cope with a woman who wants to step outside of these society-placed boundaries?

We all tend to not only view women as these kind, caring, compassionate types, but we also have constantly reinforced images and messages about what these traits mean, and what those who hold these traits do.

A woman who steps up and shows a bit of assertion and power is suddenly “power hungry” and aggressive, because it is in stark contrast to the stay-at-home mum we see on TV, wiping benches with a substance that kills 99.9% of germs and keeping house whilst ‘the man’ goes out to work.

It is unfamiliar, not necessarily because it is what we experience in our own lives, but because of what we’re exposed to on a daily basis.

If we use the analogy of a mother tiger and her cubs, she will show great aggression and power in order to protect her cubs should they be in danger.  Society can, to a lesser degree, accept that a mother will do the same with her children.

The interesting aspect is that this protective mechanism calls for tough and aggressive behaviour, yet outside of the mother/child role it is often questioned.

Often overlooked, or perhaps unable to be comprehended is that the soft, caring nature that make up most of a woman can be their strength in positions of power. Men have got there through assertion, power and aggressiveness, and a soft, warm, caring attitude can feel uncomfortable and/or misplaced when it resonates from the man.  It doesn’t sit well in a boardroom, because it is unfamiliar, yet when it comes to women, the same applies to their aggressive authority – it just not expected.

Ironically, women make over 80% of the big decisions within a household (with or without children), which sounds like a fairly powerful position from where I am standing.  Surely in the top echelon of a company, a woman could be a very powerful resource.

We need to embrace these traits that are common among women and see them as the powerful traits that they are.

Why the conversation can be more important than the solution

Don’t wait for the tap on the shoulder