Does Leaning In Really Work?

Does Leaning In Really Work? 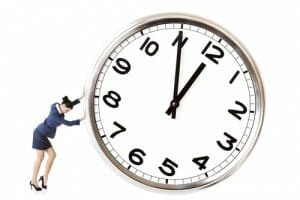 In 2013, Facebook’s COO, Sheryl Sandberg, wrote a book that takes a critical look at the reasons why there are so few women in top leadership positions around the world. According to Sandberg in Lean In: Women, Work and the Will to Lead, women are held back from the very beginning by gender stereotypes. This bias conditions women to shy away from taking risks and making choices that will prepare them for later leadership roles.

Examples that Sandberg provides include how young girls are labelled with terms that have negative meanings, such as “bossy” when they express their opinions, whereas young boys are encouraged to be assertive. As they grow older, women continue to make choices that weaken their chances of getting noticed and often fail to make it to the top of the corporate ladder.

Practical Solutions to Rise and Achieve Gender Balance at the Top

Sandberg’s remedy for this gender imbalance is to encourage women to “lean in” and take their place at “the table” and not to shy away from challenging assignments or paths, but to focus on doing more to assert themselves. Sandberg argues that women need to stop being “nice” and being afraid of offending someone, and voice their opinions, and take risks so that they can have more leadership experiences. Sandberg argues that by working harder, women will gain the attention and approval of their peers and superiors and then be able to work their way up to the top leadership roles.

Also prominent in her book is the belief that the more women there are in senior leadership positions, the better it will make the workplace, and the rest of the world, for all women.

Not everyone agrees with Sandberg, and some of her most surprising dissenters are other professional women. Last year, a rather prominent argument against leaning in was published in The Washington Post by Georgetown law professor, Rosa Brooks.

How Much is Too Much; is Leaning In Counter-Productive?

In the article, Brooks argues that while Sandberg makes valid points, her suggestion that women should seek out more opportunities to lead by taking on more work will result in more women dropping out from sheer exhaustion. In her article, Brooks challenges Sandberg’s argument that women need to do more to put themselves out there to get noticed.

Eliminate Gender Bias for All Sexes

Brooks calls for both men and women to demand equal time from their employers for both work and family life. Brooks argues that in pushing for greater equality and gender balance, neither corporate leaders nor society should expect women or men to make a choice between career and family. Brooks argues that the traditional male structure of the corporate ladder must be completely disregarded rather than females seeking to compete by assuming more masculine characteristics and values.

What About the Needs of Women at the Lowest Levels of Employment and Society?

Other criticisms of Sandberg’s Lean In philosophy focus on Sandberg’s belief that what will help one woman rise to the top will automatically help all women. In an article published in The New Republic, Elizabeth Bruenig argues that while Sandberg’s campaign to advance women into leadership roles by leaning in “together” claims to operate under the feminist banner, her advice hurts women from the middle to lower classes that are on the lowest rungs of the employment ladder.

According to Bruenig, Sandberg’s advice for young women with families to push to have one on one discussions with HR about their needs for maternity leave, benefits and greater family time makes these women less likely to push for greater equality and support for women in the lower tiers.

In Bruenig’s view, once these women have taken care of their personal needs and the needs of their families, they then have little incentive to push for paid maternity coverage and leave for all women. This leads to greater social injustice overall.

Whether or Not You Agree or Disagree, the Lack of Gender Balance is A Real Issue

Whether or not you support all of Sandberg’s suggestions for how women can eliminate the bias so they can claim top leadership roles, it cannot be denied that despite women making up roughly half of the population, they occupy very few of the top leadership positions. Until greater gender balance is achieved, we should all seek to be part of the solution by keeping this discussion at the forefront of our society’s attention.

In the comments section below, why not share your experiences with gender bias and the quest to achieve gender balance in the workplace. Are you leaning in? If so, has it helped you to advance, and at what cost? Do you support all of Sandberg’s advice, or do you agree with some who suggests that the concept of leaning in should be updated to better support women of all backgrounds and career levels?

Marissa Mayer and What not to do as CEO

How to Become More Disciplined