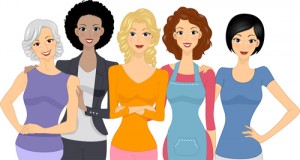 International Women’s Day is recognised across the world on March 8th of every year. Aimed at honouring the achievements of women, regardless of the disparities in race, geography, religion, and economic status, it reflects on past struggles, as well as accomplishments, and looks to the future to observe the limitless potential of women across the globe.

The day came into being on 28th February 1909, in support of the garment worker’s strike in New York. Women in the industry broke to protest against working conditions, and demand rights. The Socialist Party of America declared it to be Women’s Day; a recognition of the contribution and rights of working women.

In fact, the day was originally declared International Working Women’s Day, and although still a strong driver of the Day, it has broadened to include the struggles and accomplishments of all women; the tribulations and trauma they have overcome to extract more rights for women in the regions they are in.

It wasn’t until 1945 that the Charter of the United Nations, a recognition and agreement between many nations around the principle of equality between men and women, and not until 1975 was 8th of March declared the official recognition of International Women’s Day.

Although there is still such vast disparity between men and women across the world and in terms of freedom, economic & financial status and health and well-being, much has been accomplished.

Even in developed countries, the discrepancy between men and women remains. However what we have seen, and continue to see is, not only the rise of women to positions of leadership and CEO, but also the willingness of men to embrace the idea, and include them as part of the team.

It has not been an easy road to the top, and though there are still many hurdles to conquer, such as the differences in pay, and the biases and discrimination regarding women in positions of power remaining a pervasive belief in many circles, inroads are being made.

Slowly but surely, workplaces are beginning to understand more and more the value that women can bring to the workplace. More than this is the strength that women have, that men, as a rule don’t (and vice versa, of course!) that make workplaces more valuable.

Embracing the idea, first and foremost, that women can bring a range of skills and ideas that have been significantly lacking in our top companies has been a great first step. That we are seeing changes – small and slow, but changes nonetheless – in the more senior positions is testament to the ability of women to achieve much more than has been considered possible for a long time.

The men in our worlds are noticing this is another great achievement; not just for women, but for men too. And for our world as a whole.

Have You Reviewed Your Business Finances This Year?