The Importance of the Female Mind to the Leadership Role

The Importance of the Female Mind to the Leadership Role 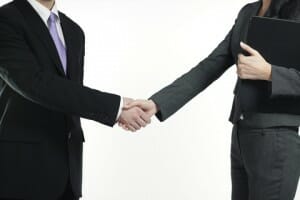 We often talk about the differences between leaders and female leaders and as women we ought to be acknowledging and celebrating in our strengths and differences. We are who we are. But have you ever stopped to think why you are like you are?

Recent studies surrounding the differences between the male and female mind are bringing to light very interesting data surrounding the two minds. And I must admit I find the whole subject extremely fascinating.

Mars and Venus – we know that men and women are inherently divergent on many levels. But did you know that a typical male brain connects differently to that of a female? This could explain a lot of the stereotypical distinctions that crop up from time to time.

The connections in a female mind seem to go between left and right across the two hemispheres in the brain while male minds have a tendency to connect between the front and back. The connections in the female link the logical thinking (left hemisphere) and intuitive (right hemisphere) sections and it could go a long way in demonstrating why females are naturally more intuitive than their male counterparts.

We tend to joke about the inability of a woman to read maps but in reality it may just come down to the differences in the brains yet again. While women may not be known for giving directions and other spatial tasks they do tend to outperform men when it comes to memory tests, analysis and social cognition tests.

Have you heard of the terms gray matter or white matter? A male mind tends to use more grey matter to reach a conclusion whereas a female mind uses more of the white matter. Note the diversity in the brains does not affect overall intelligence levels but rather the way in which the mind will reach a general conclusion. Both men and women are able to come to a similar conclusion just via alternative routes; neither is good or bad, they are just different.

It is these differences in the minds that make women particularly adaptable and capable to take on a high profile leadership role with great success. Have you noticed a particular contrast between your leadership style and that of a male colleague?

Do you Need to Change your Career or your Attitude?

One More Month to Reach your Financial Year Goals