How To Spot Brave Leaders in Your Team

How To Spot Brave Leaders in Your Team 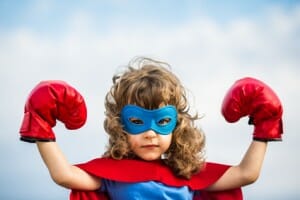 Leadership is a skill, that’s well known. Leadership skills can be natural instinct, enhanced by inherent personality traits or learned from coaching and training.  Some people lead better than others, and inspire and motivate their teams with greater ease, often without conscious effort.  And then there are brave leaders. People who choose to lead in troubled times, who courageously take action and make the difficult decisions when others shy away.

Leadership isn’t all wine and roses. There can be challenging times, difficult team members or even times when you don’t agree with the expectations of your organisation or your role.  It is at these times bravery may be required. So how do you spot a brave leader, or what skills can you develop in times of challenge to assist you in brave leadership?

Leading by example is a strength of brave leaders and sets them apart from others who are happy to just tell people what to do and how to do it. Quietly getting in and getting on with what needs to be done may take longer to be recognised than those who grandstand and loudly direct but the long term results and loyalty of team members is far greater and worth the effort.

Taking responsibility for their actions and the consequences of their decisions shows strength and integrity and is a key characteristic of a brave leader.  It may be easier to throw your team under the proverbial bus and blame them for any issues or lack of performance but ultimately it is the direction of the person making the big decisions and overseeing any activity who should take the fall when something doesn’t go quite right.  Owning any mistakes also protects the team, which is as it should be.

The other side of taking responsibility is giving credit for team or individual achievements of those you lead instead of accepting reward or recognition for yourself.  Once again the temptation for those less courageous is to accept the accolades or pats on the back but a brave leader not only highlights and passes on the team contribution to those up the line but shows gratitude and rewards achievements regardless of the size.  Rewarding and encouraging others motivates people to give more, knowing their efforts will not go unnoticed or credit be taken from them, and develops team members into leaders of the future.

When receiving or delivering feedback, those who lead bravely see the process as informational and an opportunity to learn and continuously improve as opposed to a confrontational attack.  Leaders answer to someone to, even at the top there will be shareholders, board members or other stake holders, and the ability to accept criticism or direction without taking offense is an admirable trait.  When it comes to performance reviews or performance management, one of the harder tasks for leaders, attitude is everything, and culturing an environment of open, fair and honest communication, and leading by example as already mentioned, will make the tough times easier to deal with.

Leadership is less about getting credit, and more about being brave enough to lay a foundation so more people can make a difference – Unknown

Are you Ready for the New Financial Year?

What's Age Got To Do With It?