How to Get Past a Failure

How to Get Past a Failure 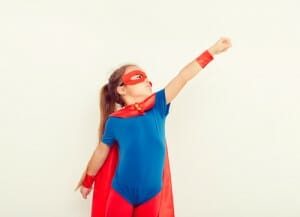 You know that sinking empty feeling that follows failure? It feels terrible, doesn’t it? Failure can be followed by all kinds of negative emotions, but sooner or later, it has to be let go. When the feelings of failure has passed, you will be left with a space. A space just big enough for a small ember of hope; space ready to be filled with the fire of renewed purpose.

Failure is not fun. But it isn’t permanent either. You owe it to yourself and your team to bounce back. Let’s look at a couple of ways you can move past a let down.

A sure-fire way to prolong the torture is to avoid looking it in the eye. Trying to pass blame or shirk responsibility compounds the problem being faced. If failure isn’t bad enough, denying fault also rejects the notion that there is nothing that can be done differently next time.

Mistakes need to be faced, but remember every hiccup is not a calamity. Damage control should be delivered in proportion to the failure, and some smaller mistakes don’t always require a break in stride. Mistakes are part of the process, but also opportunities for learning and improvement. Before letting a failure get on top of you, consider, ‘Will it matter in one year?’

Take what you can get from a bad situation, pick up, and carry on. Continue to follow your instincts, and have confidence in your own powers of observation. Communicate your needs and ideas clearly, and always be looking to negotiate a positive result. Your team will witness these abilities and follow your lead to positive outcomes.

Neither ignoring or overreacting to failure will lessen the chances of mistakes reoccurring. However, it is important to remember that failure is a natural byproduct of experimentation, and a valuable step on the road to success.

Show Off Your Authentic Self

How to Change Your Mindset from Imposter to Champion