3 Signs That you Have a Faulty Mindset

3 Signs That you Have a Faulty Mindset 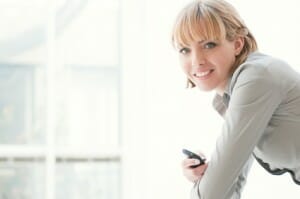 When your mindset is faulty, your ability to grow, succeed and prosper is limited. It’s like having termites nibbling away at the support structure for your home. You don’t notice them until something goes wrong.

Perhaps it’s already going wrong. You’re missing out on clients you should have connected with, you’ve missed out on promotion, or you’re just not as successful as you could be for all the work you’ve been putting in.

This usually happens when you are ready to move up a gear or take a huge step. Your mindset starts to hold you back and you are limited by your own self-expectations.

If you seem to be stuck where you are, look for these tell-tale signs that your mindset is not structurally sound.

Signs to look for:

We’re so quick to criticise ourselves that we jump in before the fight is over and tell ourselves how disappointing we’ve been. It’s not about winning or losing; it’s about fighting on to the end. Just because a fight is difficult, it doesn’t mean you’ve failed. It’s not even a sign of weakness. It just is what it is. If you’re still out there swinging, you can’t be a failure.

2. All or nothing thinking

If you don’t win, you lose, right? Well, no. That’s not always the case. How do you think the great battles of history were won? In many cases they were won little by little. They took the first acre, then they took the bridge and then finally they took the castle. So you don’t get everything you hoped for – why not look at what you won? At the very least you will have brought attention to something that needed it. Who knows what will happen next. Stop looking at things in terms of all and start looking at them with an eye to what gains you’ve made.

Humans are emotional beings and we’re prone to have an emotional reaction to things, whether we show it or not. This is often amplified in the case of women. That’s perfectly normal unless you base all your decisions on it.

“He thinks he’s wonderful because he got the outcome he wanted. I’ll show him…”

Yes, we’re emotional, but in most cases the impact lasts only a few minutes. We burn with anger then it’s gone, or we’re disappointed, then we soldier on. If you’re making decisions in the heat of the moment, you know they aren’t going to be balanced and well-considered. Give yourself some space before making your choices.

We’ll notice these signs in all of us at some stage so don’t be disappointed when you see them in yourself. Instead, celebrate that you’ve recognised signs which many other people would never see. Now you can deal with them and move on with a healthy mindset.

If you would like some guidance and an independent, supportive sounding board, feel free to give me a call and take up a no obligation consultation. Sometimes a fresh set of eyes and ears is all you need to help you firm up your foundations.

You are not Your Brain

Are you a Risk Lover or a Loss Avoider?

How to Change Your Mindset from Imposter to Champion