Challenges With the Leadership Pipeline

Challenges With the Leadership Pipeline 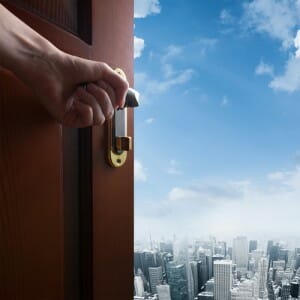 The difficulties for women to “break through the glass ceiling” and the perpetual inequality in pay and positions of power within organisations is still a major topic of discussion.

Even with the awareness of these issues, and the push for more support equality in pay and position, the problem of an insignificant number of women in leadership roles persists. Many companies are making a point of promoting and supporting women, but their efforts appear to be having little effect.

Whilst providing training and skills support, and sending women to leadership conferences there are a number of invisible blockages in this leadership pipeline. Unless these are addressed, it is going to remain difficult for women to make their way into these positions.

There remains a discourse around women being required to “be like men” in order to assert authority and work their way up the corporate ladder. Women often feel they have to behave in ways that are unlike themselves to be taken seriously.

Much of this leads to the repression of instinctive behaviours. Although a gross generalisation, women are often more nurturing and communicative, and can approach situations from a different perspective. Thus they may bring an element to an organisation that can improve customer relations and provide support in a way that differs from what has happened previously.

Essentially, many women aren’t really sure how to behave in order to obtain the senior roles.

Along similar lines, women are often told to act like a leader, and provided the examples of the way their male peers behave. Rather, women need to be leaders; this may require an acceptance of the fact that they are a leader.

This acceptance is likely to require affirmations and mindset training. Mentors and coaches are ideal support for women heading along this path. It is the belief, rather than the acting or plundering along in the role with little confidence that makes a woman a great leader.

It also engages support from customers and other colleagues, whom consciously or subconsciously inform upper management of the leadership skills of women. It is akin to perception; a woman is perceived as a leader by her actions, even if those actions do not adhere to what is expected at the organisation level.

Like all success, leadership and progress is more about who you are and what you do with that information, rather than trying to be something you’re not. Acting like someone else creates a block to your success, as much as your belief in yourself and your abilities does.

It also creates the block in the leadership pipeline for all women. Expectations and perceptions persist, and the social or organisational beliefs about women in the corporate world remain in place. Be yourself, be a leader, and pave the way for women by setting new expectations of how leaders are.

The 4 Stages of Building a Peak Performance Team